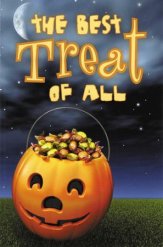 “In meekness [instruct] those that oppose themselves; God peradventure will give them repentance to the acknowledging of the truth [that] they may recover themselves out of the snare of the devil, who are taken captive by him at his will.” 2Tim 2:25-26 (KJV)

[4] I was street-witnessing with Frank and the guys on Friday and I crossed paths with a quiet young man. I offered him a tract and he smiled and took it. Then I said something like, “Hey, we’re just telling people that God loves them. You know about God?”

I often say things like that to see if people are willing to have a conversation, and he was sweet and let me speak with him about Jesus for a minute. He was a teen, maybe 16-19, and he had a listening, soft smile while we talked. But I could also tell that something was distracting him, so I asked.

“How are you doing today? Anything going on?”

A little concern came over his face, and he said, maybe a bit ashamed, “I am trying to get the bus home, but I need a dollar.”

“Oh. I can help,” I replied, and got a few dollars out of my pocket and handed them to him. “Here, will that do it?”

He took them and twinkled with relief. “Yeah. Thanks!” He had been really worried about that dollar and how he was going to get home. Just then I noticed his eyes lift past me and over my shoulder. I could see the bus he probably wanted just pulling up to the light across the street.

“Hey, why don’t you go grab that before the light changes,” I prompted.

He gleamed, fist full of dollars and the Gospel tract, “Thanks!” and hurried to the crosswalk.

“Don’t forget Jesus,” I called after him. He waived over his shoulder, and then at me again as the bus pulled up in front of him.

I don’t know what God will do with that little encounter. I DO know that getting someone to listen to me isn’t the same as helping them to hear God’s message of love. He may not remember all I said, but he’ll remember who I represented, and that I really cared.

Our challenge as witnesses is that Satan has conditioned the world to see Christians with a distorted view. To them, we are like zombies, mindlessly following the decrees of an overbearing, misogynistic, judgmental, Devine Dictator.

But this perception can also be used to disarm the enemy because when they meet a kind, loving, non-judgmental, gentle, caring soul, then their expectations are confused. And for that moment we have an opportunity to represent God through blessings, with no curse—love without lecture, building up without tearing down.

See yourself venturing into the world as God’s undercover spy. Your assignment is to thwart the schemes of the enemy, and overturn his plans to capture every human in his snare of lies. Jesus’s promises are sweet, and true, and give—they don’t take. They lift, they don’t condemn. They give hope, not fear. Those are the enemy’s weapons.

We just have to be willing to pay the price of admission to get the attention of the lost, so God can have the spotlight. And for each person the price is different, so you have to let the Holy Spirit tell you. It could be money, because the need is consuming them, but it could be practical help, or letting someone tell you their story (cussing and all), or agreeing with them that something is wrong. It might be letting them ahead of you in line, or helping them get an answer to their question, or stopping the impatience from growing in you when someone clearly feels lost and confused, but you have a long list of things to do, and time is ticking.

As I always say, people just need to know they matter. But we have to be willing to sense what will make them matter right then—that person that God obviously put in our path—as inconvenient or surprising as the need might be.

I always remember this one night when I was driving home from work. It was actually Halloween. Well, this one street I go down cuts between residential on one side and businesses on the other, so it is often busy with traffic and pedestrians. But this night, I only saw a few people walking, out enjoying Halloween in their own way.

Mind you, I was concentrating on getting home, and not really being observant. Then ahead of me, I saw this one young man walking alone. I got the quick impression that he was late teens, and from his body language, that he was lonely and discouraged. How do I come to such a conclusion, in the dark, driving past in a flash? Only God. Only God.

As I approached him, my mind reeled through a list of possibilities, wondering what God wanted me to do. Then, in an instant I knew.

I rolled down my window as I passed, thrust my hand out and waived at him as I shouted, “Happy Halloween!”

“What?” you ask. “How could you wish him a happy pagan holiday, designed to glamorize death, and celebrate the satanic world?”

To be honest, my answer is because that’s what God put on my heart to say. I suppose it was meant to meet the young man right where he was, and to lift his head from despair, so God could take him to the next step–to show him that he matters.

So why do I tell this story? Well, this incident happened probably 7 years ago. I tell this story because I have never forgotten the look on that young man’s face. As soon as I yelled “Happy Halloween,” he lifted his head to see who I was greeting. When he saw me smiling and waving at him, his shoulders straightened, his face brightened, his step quickened, and he waved back at me enthusiastically with a big smile, “Happy Halloween!”

I watched him in my side mirror as I drove on, and he kept walking, head up, with confidence.

I could have easily talked myself out of that moment. I could have dismissed it as against my beliefs, or shouted something more “theological.” All I know is that God put a spotlight on him, and He didn’t give me another single thing to do with that moment, but what I did. I also know that it made a difference in that young man’s perspective. I will never know why that made a difference, or what God used that moment to do, but God knows. And He was showing me to meet people where they are, and not with a message of judgment, but love. It opens the door of hope for God to step through.

I actually really look forward to Halloween. It’s almost my favorite holiday. It’s the only day of the whole year when dozens of kids and their families come to my house and WANT me to give them something. I really couldn’t ask for a better treat.

So every year, we decorate the front of the house with happy-crows (not scarecrows) and happy pumpkins, and orange cheerful harvest lights and decor. The families love to come to our house because it’s festive and inviting.

We buy the good candy, and spend the evening praising the little costumes, handing out treats, and putting Halloween-themed Gospel tracts into every kid’s pumpkin. We also have a lot of conversations and some families come back every year—“Hey, you’re the ones who hand out the little God books!” That’s always a good opener for discussion.

We know that what Satan means for evil, God can turn to good, and use to save lives (Gen 50:20). It’s because Jesus has called us:

“To open their eyes, in order to turn them from darkness to light, and from the power of Satan to God, that they may receive forgiveness of sins and an inheritance among those who are sanctified by faith in Me.” Acts 26: 18 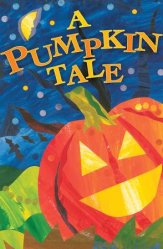 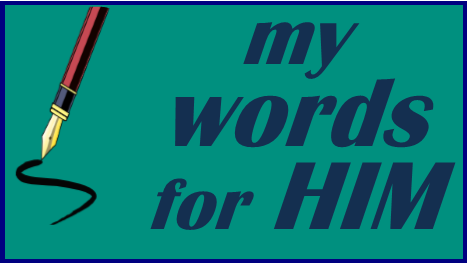